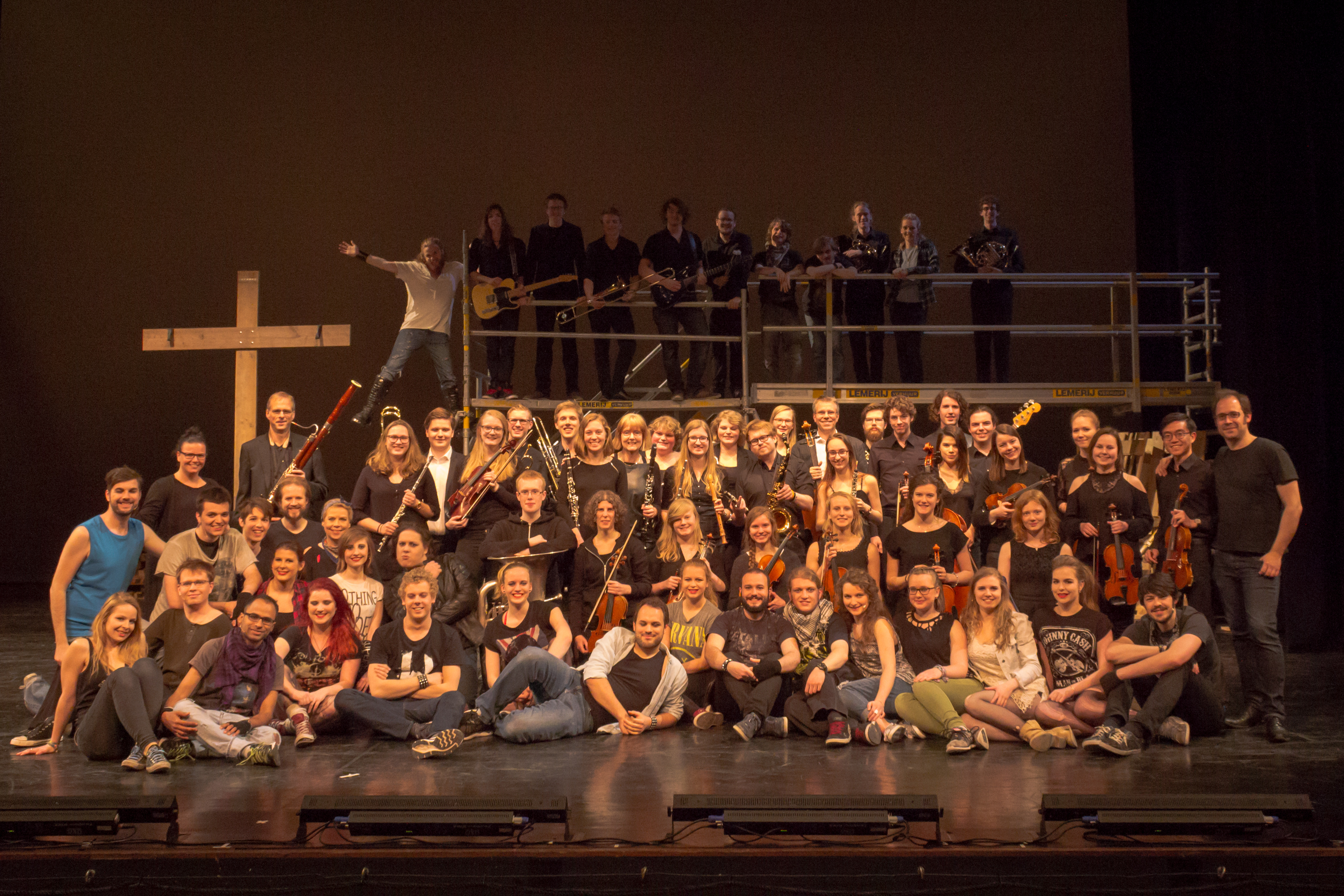 How the first cultural collaboration, Jesus Christ Superstar – The Raw Edition , came to be

It was a Friday afternoon in April 2016. I decided to get a cup of tea at Apollo. Apollo usually oversees the 18 (!) cultural associations of the University. But this afternoon, it was only the Apollo chairman Willem- Jan working on… something. Probably.

Well, this was shortly after a rehearsal weekend of Musilon, the choir association. Willem-Jan and I were both part of the choir at the time. Somehow, at that rehearsal weekend, Jesus Christ Superstar was being played on the radio and we both started singing our hearts out. That afternoon, in the Apollo room, we talked about Jesus Christ Superstar. How awesome it was. How cool would it be to do a medley for the next Musilon show? We started brainstorming for fun. What would we need? Which songs to choose? Well, we need some drums as well. And piano. And some choreography I guess. Oh, and costumes of course! After a while, we laughed at what we all had put on paper and joked we could probably do the entire show.

“We could probably do the entire show.”

The brainstorm became more serious. Can we actually do this? Set up a big show like this? Combining all the cultural associations? Showing what the cultural heart of the UT is actually capable of? Wouldn’t this be the perfect opportunity to work together with Artez? 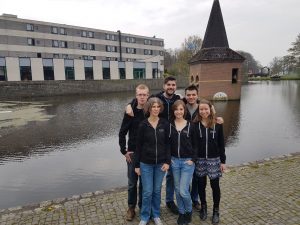 But who were we? Sure, we knew something of theatre. And singing. But dancing? Orchestra? That wasn’t our cup of tea. We would probably forget something in the preparation. We started visiting the associations. Looking for committee members who could help us think it all through. At Chassé, the choreographer Melanie Leferink – van Engen started jumping around fanatically. At MSO, the conductor Peter Bogaert was a little more composed, but still enthusiastic. Laura Faiss, Tanja Poslawsky, Michelle Peters and Peter van der Wal soon joined us in our committee and we started planning.

It was….a lot of work. Getting the performance rights, arranging auditions, arranging rehearsal spaces, finding a theatre, finding funds, arranging PR, clothing, decor, keeping the cast and orchestra updated, making coffee for Peter and Melanie. Truth be told, I probably have some extra grey hairs right about now. Loved ones know I bitched about stuff more than once. I won’t wash my hands in innocence.  But, despite it being awfully bumpy at some points, what an incredible journey it was.

The destination was, of course, the shows itself on the 24th and 25th of April 2017. Only a year after that first brainstorm in the Apollo room.  And what an event it was. Dance, theatre and music were woven together in a glorious rock opera that silenced even the most stubborn nay-sayers. The audience gave a standing ovation, tears were shed and friendships for a lifetime were made. We will all be connected for a lifetime as the ambitious actors, musicians, dancers, décor builders, clothing designers and other lovely supportive people who tried to create this big of a show…